Use headphones for the best experience

The legendary Polish composer Krzysztof Penderecki devoted his spare time to nurturing his remarkable garden in Lusławice, Poland. Here we combine his two greatest passions – music and flora – celebrating his life, compositions and inspirations through a virtual garden, which will grow along with his legacy.
Enter Penderecki’s Garden... and watch it bloom.

Visit one of Europe’s largest garden labyrinths and discover the music that has been concealed inside it! Penderecki planted 15000 hornbeams in accordance with a medieval design once found on a reproduction in an old book. To learn the labyrinth’s history, find four fragments of Penderecki’s work. Use the keyboard and the mouse to move around the site.

Bravo! You’ve discovered all the pieces of music.
Read about the history of the labyrinth and its significance to the Maestro’s output.

Read moremore about the Labirynth

What does Krzysztof Penderecki’s music sound like in his own park and garden?

The Garden of Memory.07

Adagio from Symphony No. 3 by Krzysztof Penderecki 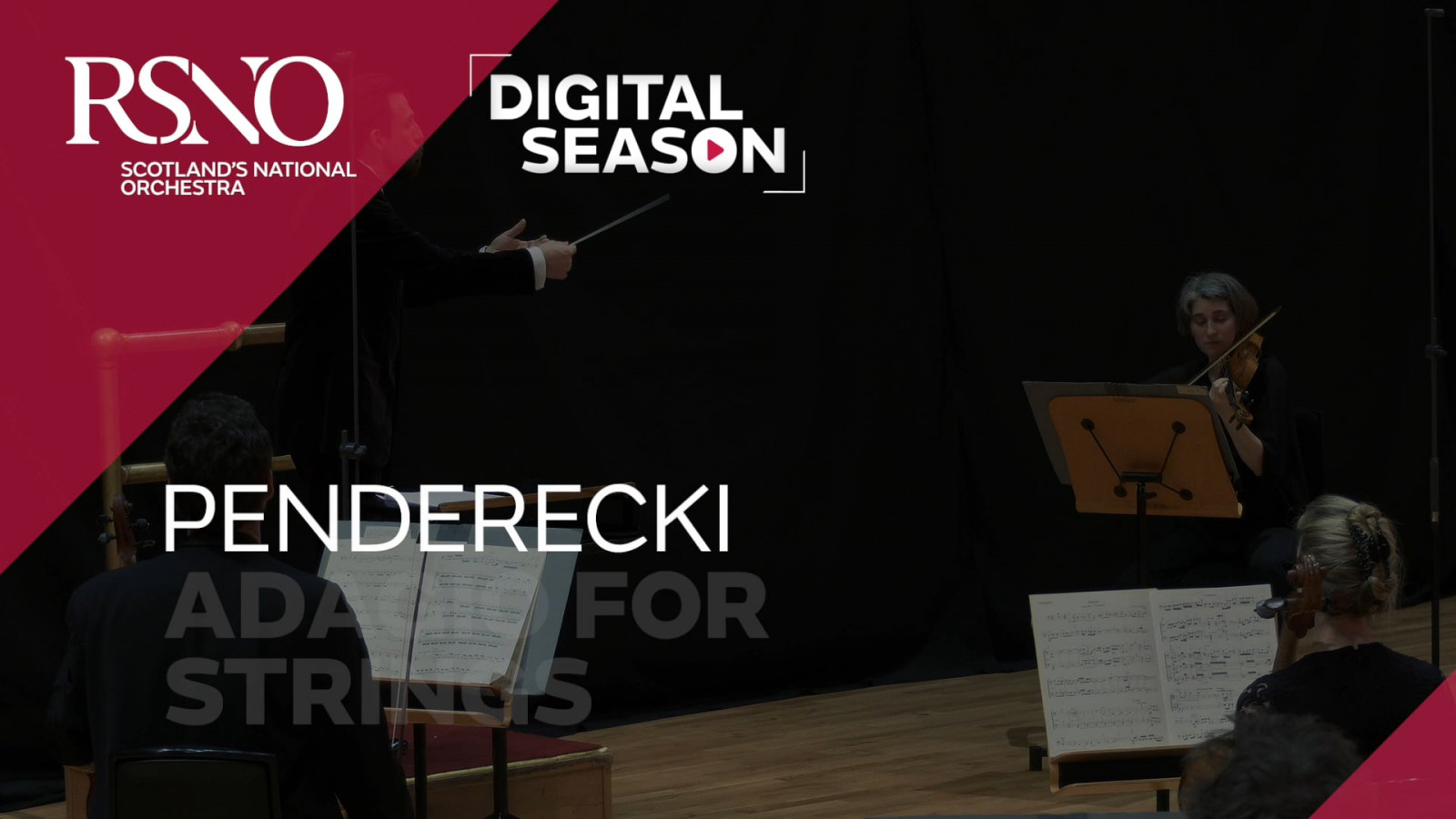 Originally conceived as part of Symphony No3, a commission to mark the centenary of the Munich Philharmonic Orchestra in 1995 that took Penderecki seven years to complete, the Adagio for Strings received its own premiere in 2013, performed by the Czech Philharmonic Orchestra. The piece falls into a lineage of symphonic movements that have been taken from their original context as stand-alone works. In its original setting, Adagio for Strings leads straight into a lively Allegro built around baroque forms. Yet torn from its original frame, this music now sounds like an ongoing elegy for something unknown and not sought, standing outside of time. For there are moments here that burst with such concentrated emotion that to give them occasion would limit their effect.

The RSNO’s performance of Adagio for Strings was recorded at the RSNO Centre in Glasgow and broadcast on 4 December 2020 as part of the RSNO’s Polska Scotland series.

By arrangement with Schott Music, Mainz