Use headphones for the best experience

The legendary Polish composer Krzysztof Penderecki devoted his spare time to nurturing his remarkable garden in Lusławice, Poland. Here we combine his two greatest passions – music and flora – celebrating his life, compositions and inspirations through a virtual garden, which will grow along with his legacy.
Enter Penderecki’s Garden... and watch it bloom.

Visit one of Europe’s largest garden labyrinths and discover the music that has been concealed inside it! Penderecki planted 15000 hornbeams in accordance with a medieval design once found on a reproduction in an old book. To learn the labyrinth’s history, find four fragments of Penderecki’s work. Use the keyboard and the mouse to move around the site.

Bravo! You’ve discovered all the pieces of music.
Read about the history of the labyrinth and its significance to the Maestro’s output.

Read moremore about the Labirynth

What does Krzysztof Penderecki’s music sound like in his own park and garden?

The Garden of Memory.07 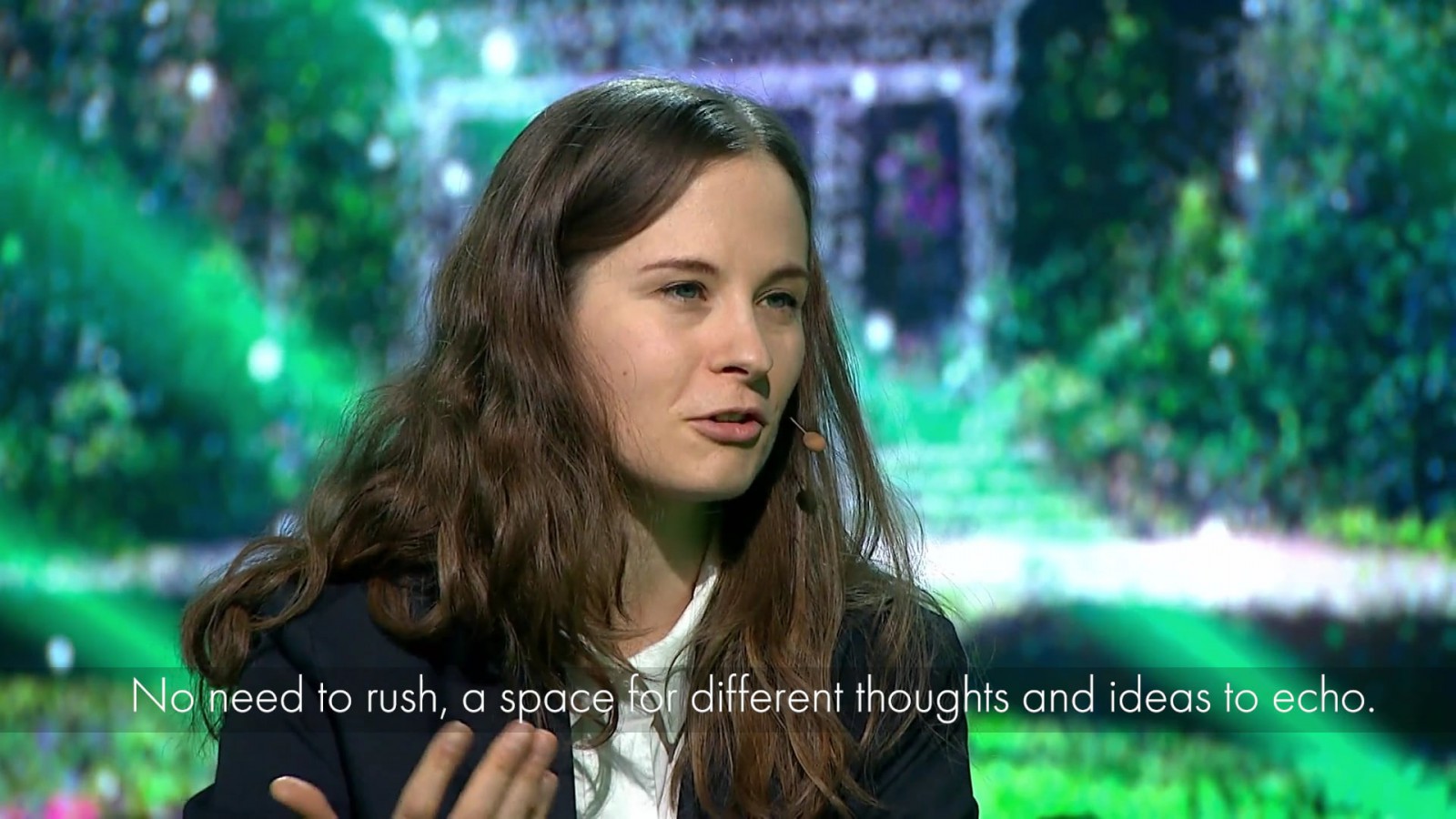 We have decided to celebrate the first anniversary of the Maestro’s death with the inauguration of Penderecki’s Garden website and a concert featuring premieres of new works by Max Richter and Hania Rani. The aim of creating a digital representation of Penderecki’s legendary residence as a homage to the composer is self-explicit. The program of the concert, however (co-organised by TVP Kultura), may seem quite a surprise.

Why mark Penderecki’s anniversary with jazz improvisations by Atom String Quartet? Whence the Baroque convention and cinematic minimalism? Far from being a product of ‘the curator’s fancy’, they are part of the panorama of the same world which the Maestro explored back in the 1960s and 70s during his experiments in the studio and the theatre, at meetings with Don Cherry and Krzysztof Urbański. Penderecki has once again played a joke on us, as when he took all the main prizes in a prestigious competition for composers disguised under three different nicks, or when he made the musicians of a classical orchestra forget all that they had learned during several decades of their artistic education, and when later, bidding farewell to 20th-century avant-garde, he opened a whole vast chamber of postmodern sacred music.

No wonder then that today his pioneering works prove germinal for experimenting rockmen (Jonny Greenwood), new instrument builders (Paweł Romańczuk), masters of club groove (Skalpel), and composers of fleeting film soundscapes (Max Richter) alike. The new compositions by Hania Rani and Max Richter are only two in a series of surprising premieres that will take place by 2023, the year of the Maestro’s 90th birth anniversary. Penderecki’s Garden continues to bloom.